For a little stretch in August, we went from one birthday to another.  Here are the quick highlights: 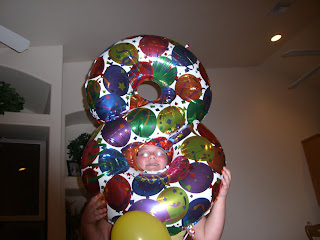 Riley was thrilled to turn eight! 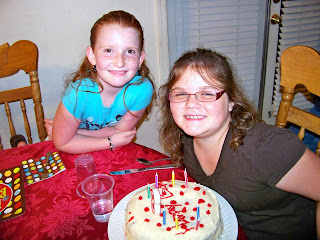 We had just a small party, as we knew we would have a bigger celebration for her baptism. 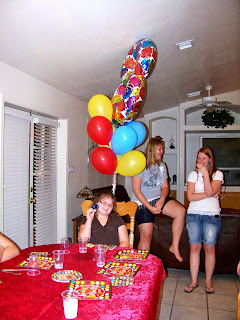 Kaitie had one friend over to help her make the cake.  I loved having this particular friend over, because she jumped up and down with Kaitie the day that Riley was born.  They were fourth graders when they received the news at school.  They screamed and chanted, "Riley Rebekah, Riley Rebekah...."  It was fun to hear them reminiscing about that. 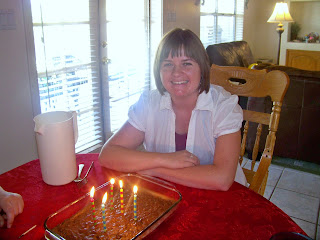 A couple of days after Riley's birthday, we had Ally's birthday.  She was excited a few days before when she and I exchanged texts about what she wanted for dinner and dessert.  Real home food!  She placed her order for brownies, instead of cake. 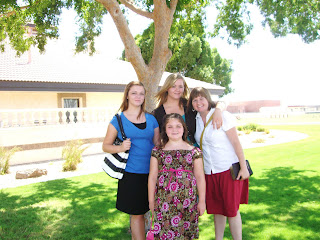 Ally also got her sisters to stand together for a picture.  This is not easy.  They agreed to do it because it was her birthday. I think Ally's favorite birthday moment was when she beat her dad in a game of ping pong.  He doesn't let people win.  The kids work really hard for their rare victories.

Just a few days later, we traveled to Phoenix for another birthday.  My niece was turning two years old. 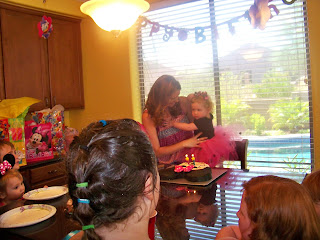 My sister put on a really cute Minnie Mouse party for her.  This was the moment she almost didn't blow out her candles.  It only took a tiny bit of convincing, and she did it. 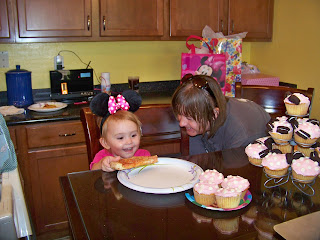 This isn't the birthday girl, but another two year old niece, having a little chat with Ally.  Don't you love those little Minnie cupcakes? 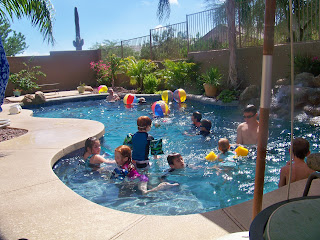 This is just an idea of how crazy the Cousin Pool was, later on that afternoon.  Everyone had such a great time!  Riley was so unhappy with me when we had to leave.
Kaitie and Emilee did not come to Phoenix with us that day.  They were a bit vague when I asked them what they had done all day.  I didn't have to wonder long....
The day before my birthday, which was the day after the Phoenix trip, they had me stay in my room for awhile.  After a long wait, Kaitie came in and told me to close my eyes.  She handed me a shirt and told me to put it on without looking. You have no idea how funny it is to do that!  Then she led me to the family room, where I was issued a necklace and sunglasses.  "Birthday" by the Beatles was playing in the background.  My family was having a 60's party for me.
The day before, they tie dyed a shirt for me.  They also walked (in August heat) to get me an amazing carrot cake.  They made posters and plans.  It is a good thing I didn't get mad about the being vague thing.  I would have felt terrible! 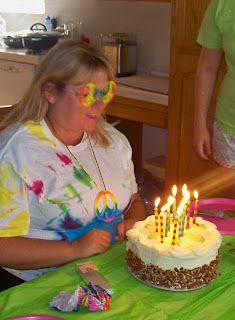 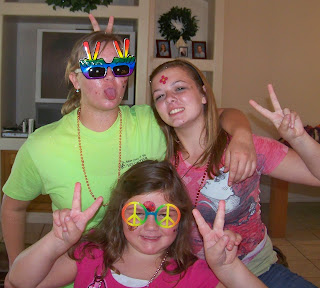 I love these funny girls!
Posted by Tina at 2:18 PM

All the pictures are great. I like the last two the best.